Joseph Beuys (1921. május 12 – 1986. január 23.) is a german-born performance artist, sculptor, installation artist, graphic artist, art theorist and art pedagogue.Beuys is now considered as one of the most influential artists of the 21st Century, though or because his work produced controversial debates about contemporary art and the socio-political commitment of artists in the 1970s and 80s. Today, in 2011, his approach seems more relevant than ever. “Joseph Beuys – Fragments” documentary exhibition, visitors find videos as well as selected literature and catalogues about the work of Beuys in 3 languages.Beuys’ aim is to cure the art that became commercial costumer goods and to understand the point of the social organism through the expanded art idea, to inseminate the West’s intellectualism with magical device; the source was Rudolf Steiner’s anthroposophy. We allude short to Beuys’ political activity, and his participation in the institution the “Greens”. 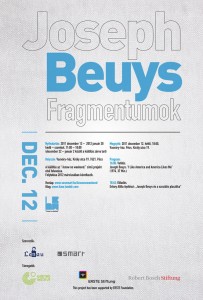 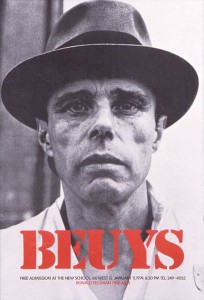