„
Youth in AniMotion“ (18 to 31 May 2014 in Dresden, Germany) was a common project of ALOS (Sofia), Milan e.V. (Dresden),O Cão Danado (Porto), and SMART (Pécs), funded by Youth for Europe. 20 young people from Bulgaria, Germany, Portugal, and Hungary came together to make short Stop Motion movies in international teams. By separating into four teams of experts (storyboard, script, camera and light, editing) each participant had learned about one of the basic techniques of making Stop Motion movies in the frame of the workshops, enduring two days. Afterwards, the groups created their movies under the tutelage of a well experienced director and artist, who guided them through the whole process. The motto of the participants’ work was “My New Utopia”, meaning a society we would like to live someday. In the evening they watched movies, have had discussions but also have seen Dresden and its cultural scene to have a good time together. 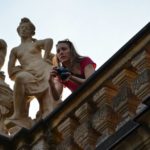 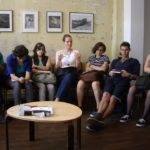 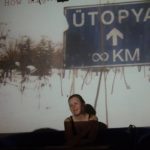 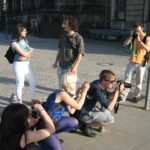 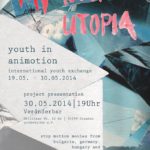 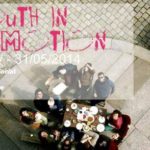